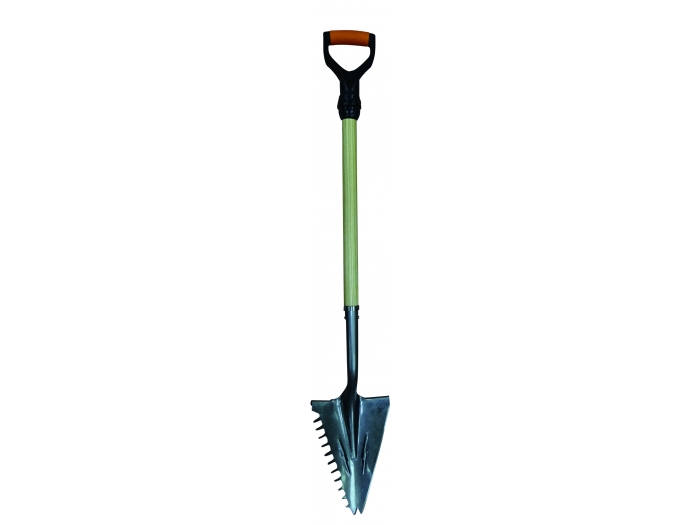 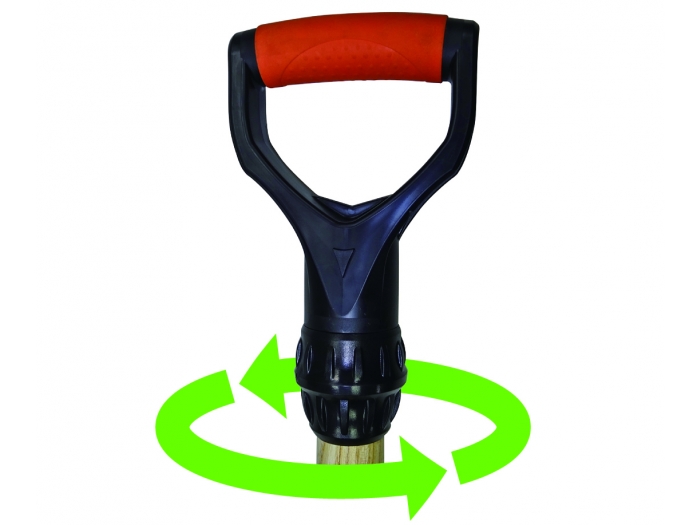 Introduction of Our New Invention 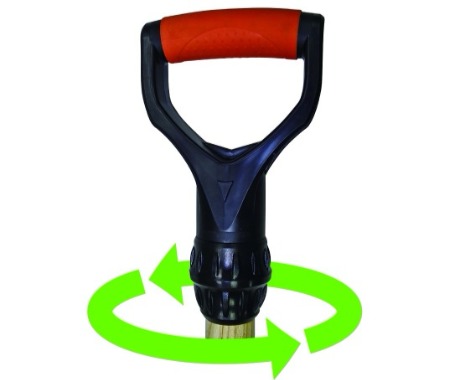 The invention relates generally to hand tools. More specially, the invention relates to all shovels. This improved shovel includes a swivel handle that may rotates 360 degrees to help reduce the risk of injury when shoveling by creating a favorable angle between the ground and the shovel.

Originally, shovels were made with flat blade and a long, stationary handle. This design may have seemed ideal for digging holes but frequently led to user injury. It is recognized that one of the problems associated with shovels is that they are associated with arm and back pains due to the stiffness of the handle and angle ath which the shovel contacts the ground. Indeed, because of such stiffness, the user of the shovel has to absorb all the force fluctuations associated with lifting a load and discharging it. Particularly, when the user lifts a load with given force and this load is great than anticipated, he or she does not have the opportunity to adjust to the new load gradually and thus risks injury when lifting a load of unknown weight.

Thus, there is a need for a hand-held , shovel wherein a portion of the handle may rotate at least 45 degrees to allow the user to lift a load while minimizing risk of injury to the user’s arm or back. Further, the ease of using this improved shovel makes digging holes much easier with less effort. Thus, the shovel handle will offer a more ergonomic design than that of the prior art.

According to the above innovatory concept, on Aug. 01, 2017, this product have obtained The Utility Patent #9,718,181 from United States of America and also selling on the stage of the largest home shopping network at QVC both in US as well as in UK channels.